The Bangor Arts Exchange (BAE) is a performing and visual arts space maintained in collaboration with the Bangor Symphony Orchestra. It includes rehearsal, gallery & performance space. Learn more at bangorartsexchange.org 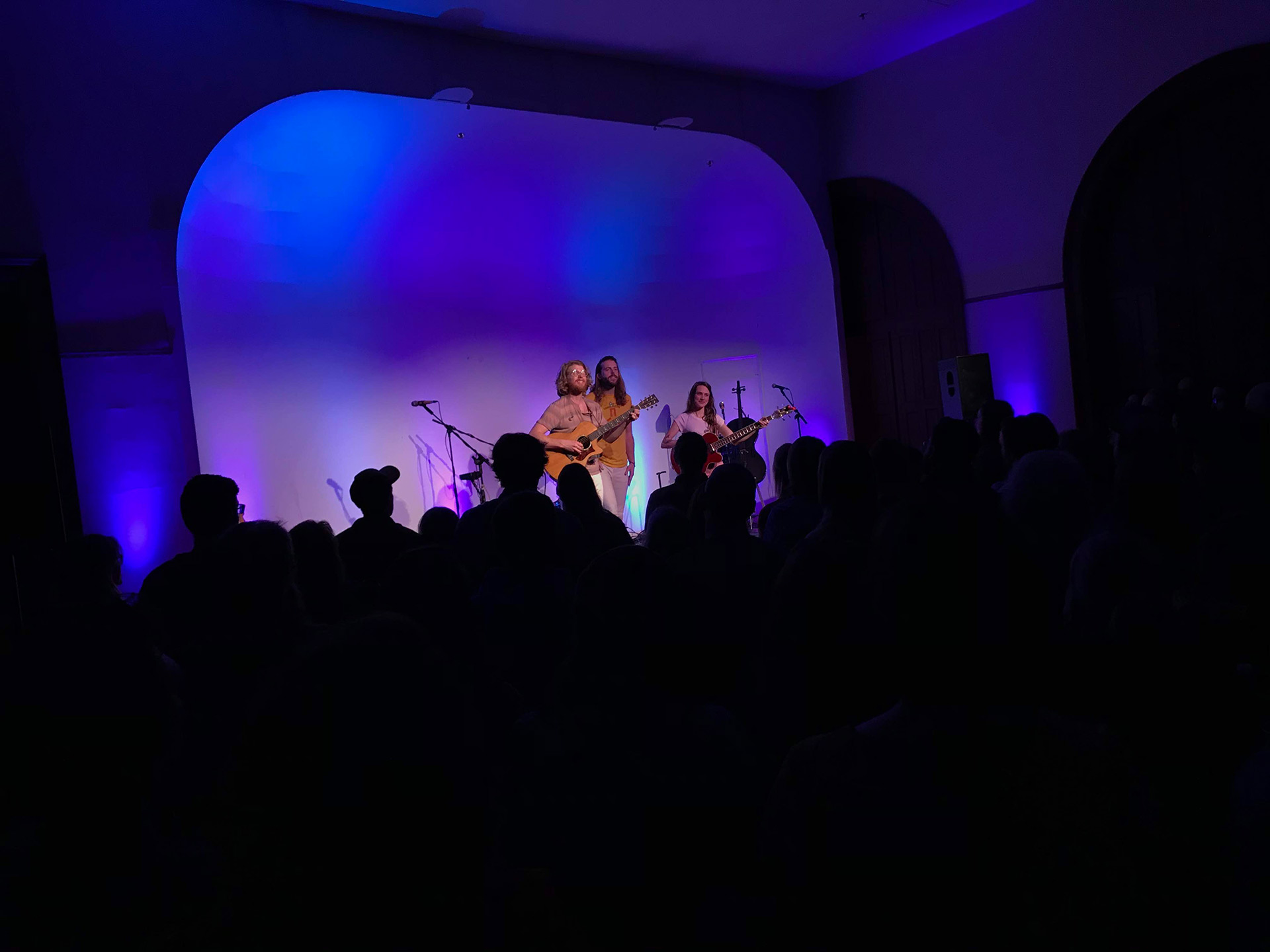 In 2017 Launchpad, in collaboration with the Bangor Symphony Orchestra, moved into a new home in downtown Bangor at the historic Nichols Block on Exchange Street, a space that had been largely vacant and unoccupied for decades. The project, under the banner of the Bangor Arts Exchange (or BAE as it is commonly referred to), was designed to be a performing arts space, rehearsal and studio space, office space and general hub for the two organizations while also hosting other local creative and performing arts groups and organizations. The centerpiece to this being the 185 capacity Ballroom, original to the block dating back to its construction in 1892.

As more communities turn to creative performance and public gathering spaces as catalysts for community development and growth, Bangor, perhaps more glaringly than any other city in the Maine, had a poor track record of preserving its historic performing arts venues, causing the city to take a step backward from its past as regional mecca for entertainment and the arts. In a city that boasted a 16,000 capacity Waterfront music pavilion and a Nationally recognized Folk Festival annually drawings tens of thousands, Bangor had few options for performers and gatherings seeking a lower to mid-size venue for their events.

The Bangor Arts Exchange is an example of how Launchpad’s mission can overlap with the needs and goals of other organizations. With Launchpad handling much of BAE’s overall operations and programming, as well as contributing to its funding, artist and arts organizations have more flexibility to experiment with and expand on their own programming or achieve organizational goals. For the Bangor Symphony Orchestra, those goals included having a home for their Youth Orchestra program, increasing their capacity to offer more community events, and to have stronger presence in Downtown where they first performed in 1896.

Since its opening in the fall of 2017, BAE has seen several neighbors join them on the block including Black Blear Brewing, City Drawers, and Thompson Hamel. Performances, rehearsals, and private gatherings now draw thousands of people to the block to enjoy live music, improv comedy, theatre, film screenings and more.

We collaborate with artists, organizations and communities who are interested in using the creative economy and creative placemaking to position arts & culture as a core sector of community development.